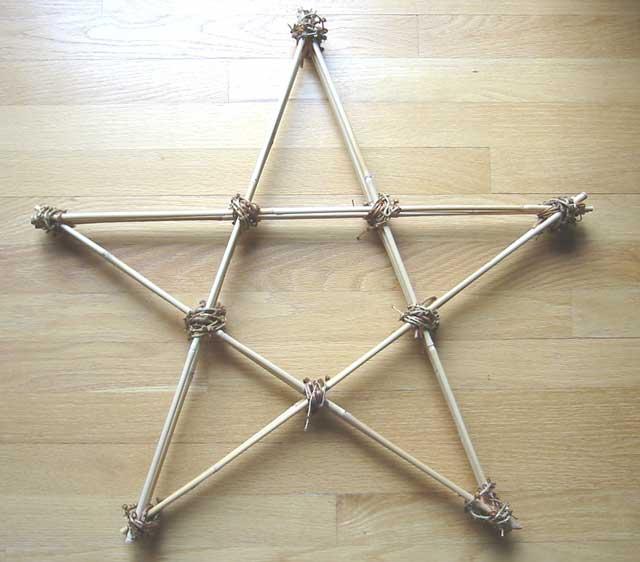 Miscanthus is a common plant in Japan. It is used around the world as a symbol of the Orient. It is easy to find the flowers on many everyday articles, including textiles, kimonos in the National Museum in Tokyo, and stationery, as well as in books and magazines. For many years the stems were used to thatch roofs, some of which can still be found at museums and historic sites.

When Miscanthus flowers in the fall, it is common to see it as a cut flower, used to celebrate the harvest moon and represent a symbol of good harvest. Cliff Johnson, Minnesota Master Gardener, used Miscanthus xgiganteus stems to form a star, image at top of this page.

Miscanthus is often seen in decorative arts in Japan. Here it is shown on a piece of stationery. 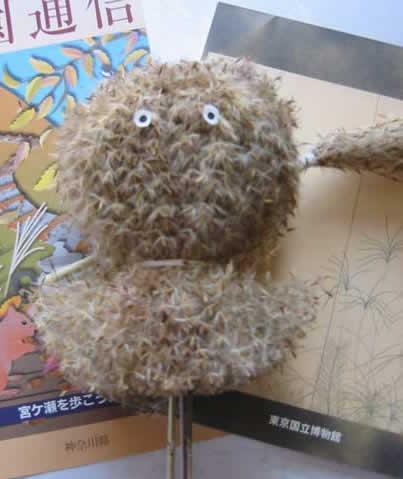 Children, and sometimes adults, make play things with Miscanthus flowers. This owl is made from several flowers, stationery and fall brochures are shown in the background.

On this stationery Miscanthus is shown with the hare, a symbol of long life in Japan. 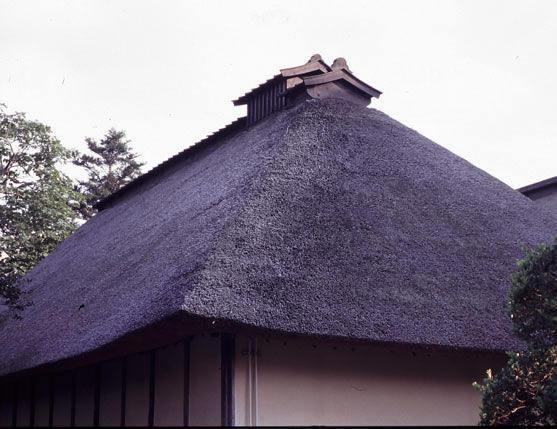 This is a museum and historical school near Sendai with a traditional thatched roof. 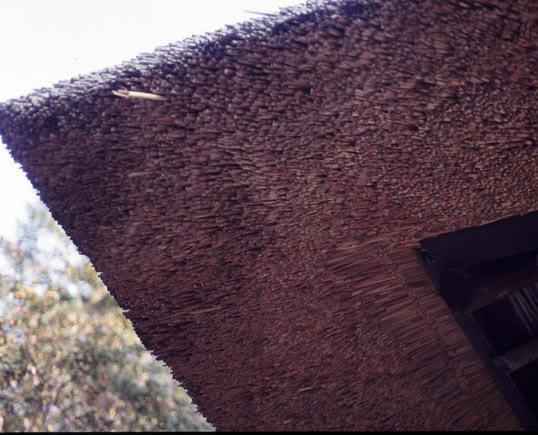 Looking closely at the underside, each individual culm, or stem, of Miscanthus is visible.

This is another view of the school building near Sendai. Today few roofs are built with Miscanthus.