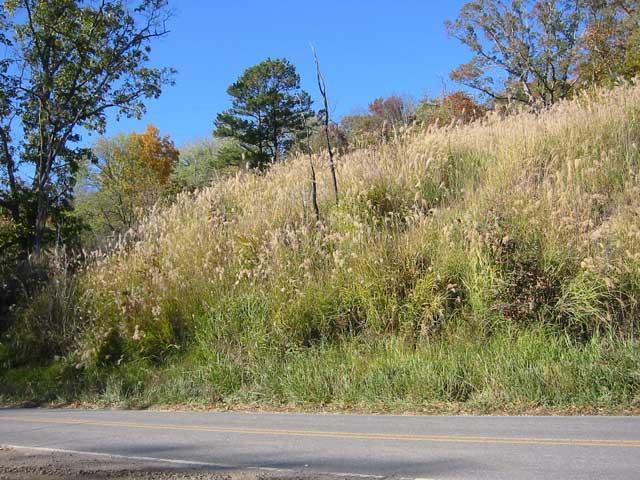 The photo above shows naturalized Miscanthus sinensis on Hamburg Mountain Road near Weaverville, just north of Asheville. Note the dead, blackened tree in the center. If a fire (from a roadside cigarette) was started here, especially in fall or winter, that would enhance the growth of Miscanthus. In western North Carolina, this "wild type" of Miscanthus sinensis has become naturalized in much of Buncumbe, Madison, and Henderson Counties. The interstate highways, I-40; I-26, and 19/23 have provided a corridor for the airborne seeds of Miscanthus to spread. 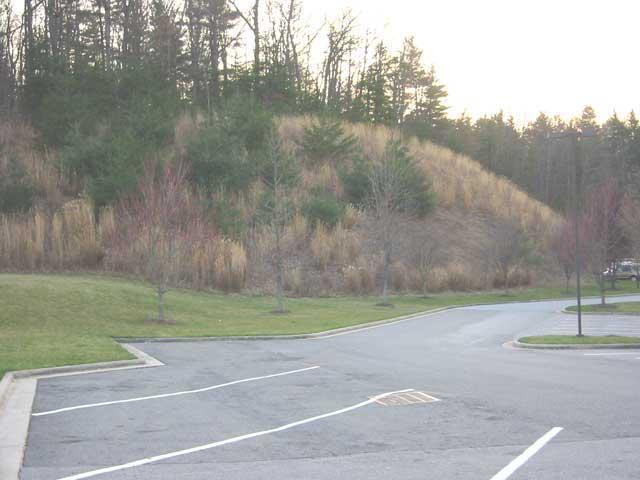 Above, Fall 2002, miscanthus and white pine on disturbed hillside in Asheville, NC. 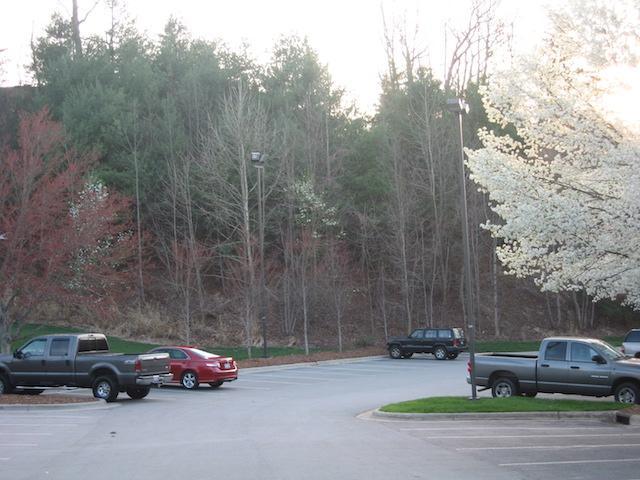 A Spring 2011 photo taken from same location, showing dominance of white pine and maple and decline of miscanthus.

Although some residents enjoy the beauty of this grass in the fall, it is NOT native. It can appear to be a monoculture, which can alter native ecosystems and delay reforestation. The photos above show the changes over nearly 9 years, where white pine and other decidious woody plants compete with and become natural succession plants to Miscanthus. 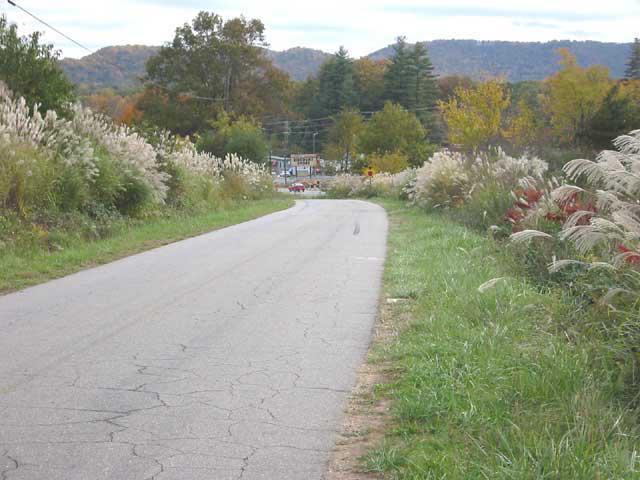 This photo was taken in Fall 2002. This is Old Brevard Road west of Asheville, NC. Notice in the mowed edge above there is no Miscanthus. Regular mowing will discourage Miscanthus and eventually kill it. 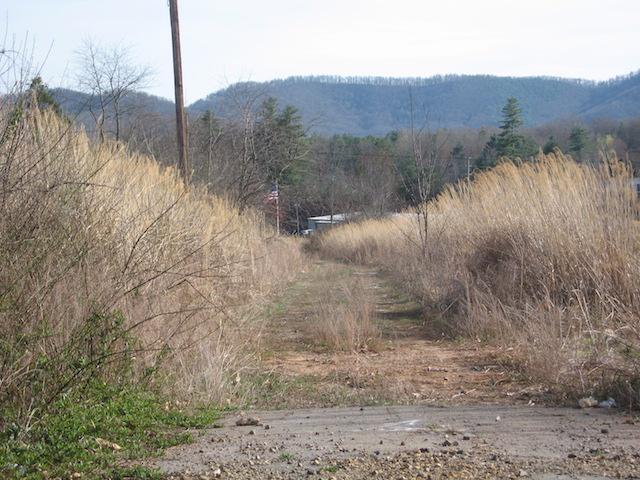 By 2011, Old Brevard Road had been abandoned and woody plants were now invading the area, but miscanthus still dominated. 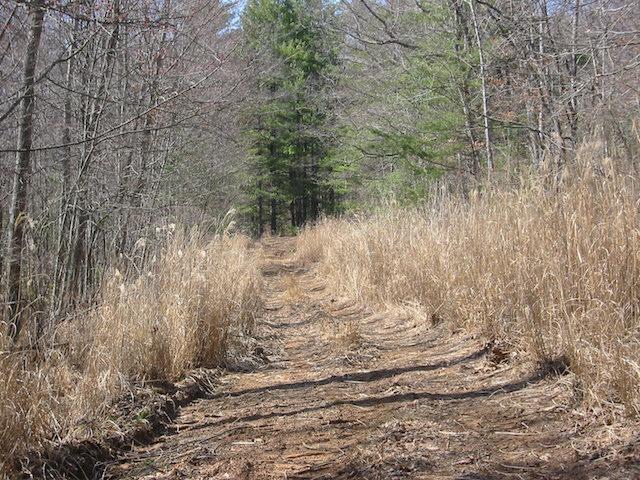 This is Blue Ridge Parkway near Asheville in March of 2003 and it shows an old road, a typical disturbed area with miscanthus. 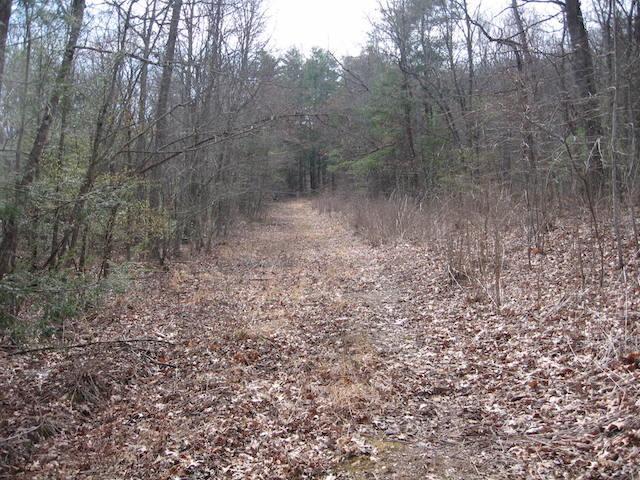 Here is Blue Ridge Parkway 8 years later, in March 2011, with very little miscanthus. Management of miscanthus through chemical spraying has been successful and only a few plants remain. 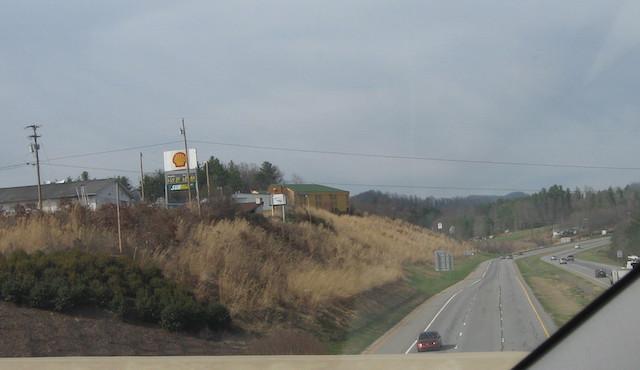 Escaped Miscanthus sinensis can be found along many roadsides, especially in disturbed, sunny, dry sites. Miscanthus has changed the appearance of the mountains in western North Carolina. This March 2011 photo shows a hillside of miscanthus along route 23 near Mars Hill, NC.